Robinsons Foundry Ltd started life as Robinson Motors when Dennis Robinson left the AA to start out on his own, repairing motorcycles and cars from a lockup garage in Birchington Kent. In 1965 his son Stewart joined the company and they decided the business needed larger premises. After a discussion with their wives, the decision was made to move to Broadstairs and a shop in Albion Street was purchased. This had rooms above and both families moved in along with the latest member of the Robinson Clan, Michael, who was less than a year old 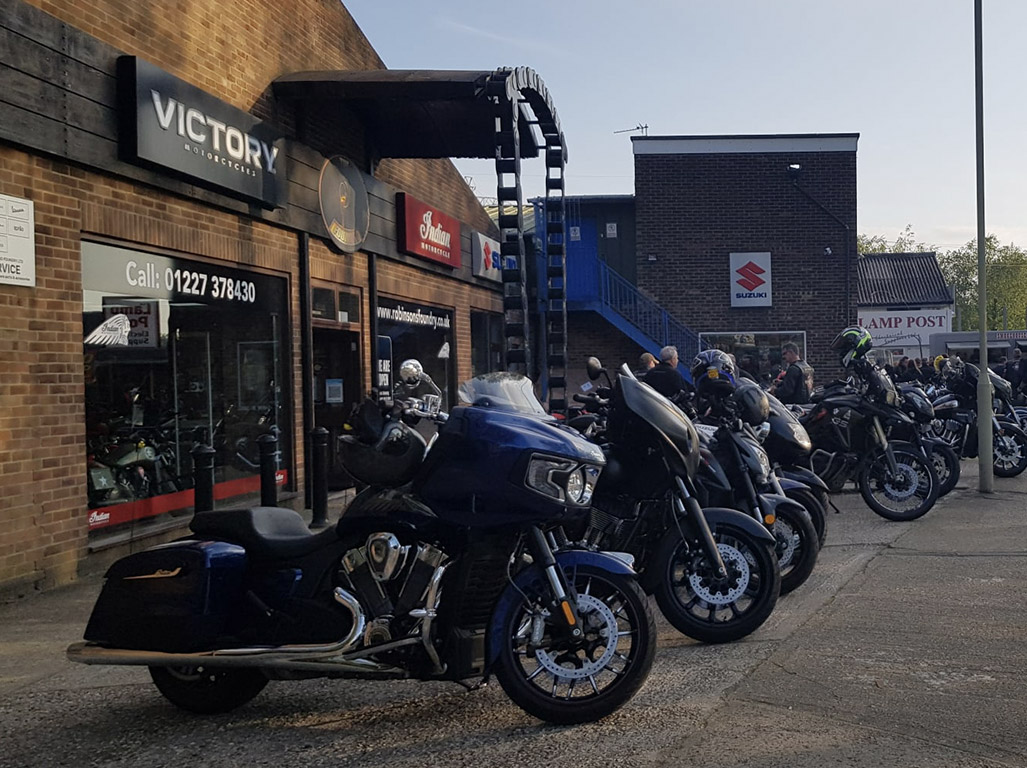 The company went from strength to strength and acquired the Suzuki franchise in the early '70s, soon after becoming a distributor of Suzuki Parts.

It wasn't long before the business started to out-grow these premises. Both families moved out and the rooms above the showroom became storerooms but as the Suzuki parts side of the business grew it became apparent that even this extra space was not enough and the decision was taken to move the company to larger premises at Westwood Road, Broadstairs.

At this point, it had become a real family affair with Dennis, Stewart, Beatrice (Dennis' wife), Christine (Stewart's wife) and Michael (Stewart and Christine's son) now all working together.

Unfortunately, Dennis' health took a turn for the worse in the early 80's so he left the running of the business to the husband and wife team, Stewart and Christine.

In the mid-1980's the Suzuki Parts Distribution part of the business was becoming more and more important and we became the largest stockists of Suzuki parts in the UK. However, at the same time, we had to close our Suzuki showroom as more space was needed to store Genuine Suzuki Spares

In the late 1980's we decided to revamp the Westwood road site and arranged to build a brand new showroom on the existing site, However, after planning permission had been arranged and the Suzuki spares temporarily moved to a location near Sandwich in Kent, Suzuki GB offered us the chance to purchase a large number of accessories and sell them alongside our genuine spares. It was obvious, even with the revamp, that we had outgrown the Westwood site so we started to search for new premises,

The building was found on Broad Oak Road in Canterbury and was the original home of Canterbury Foundry.

With these much larger premises were able to think about selling motorcycles again so in 1990 we started work on a brand new showroom to display Suzuki motorcycles and another passion of Stewarts' and Dennis' - Harley-Davidson. By July 1991 the new showroom was open. The name of the Foundry was chosen as it seemed suitable to the heavy metal band of Harley-Davidson and the heritage of the building. 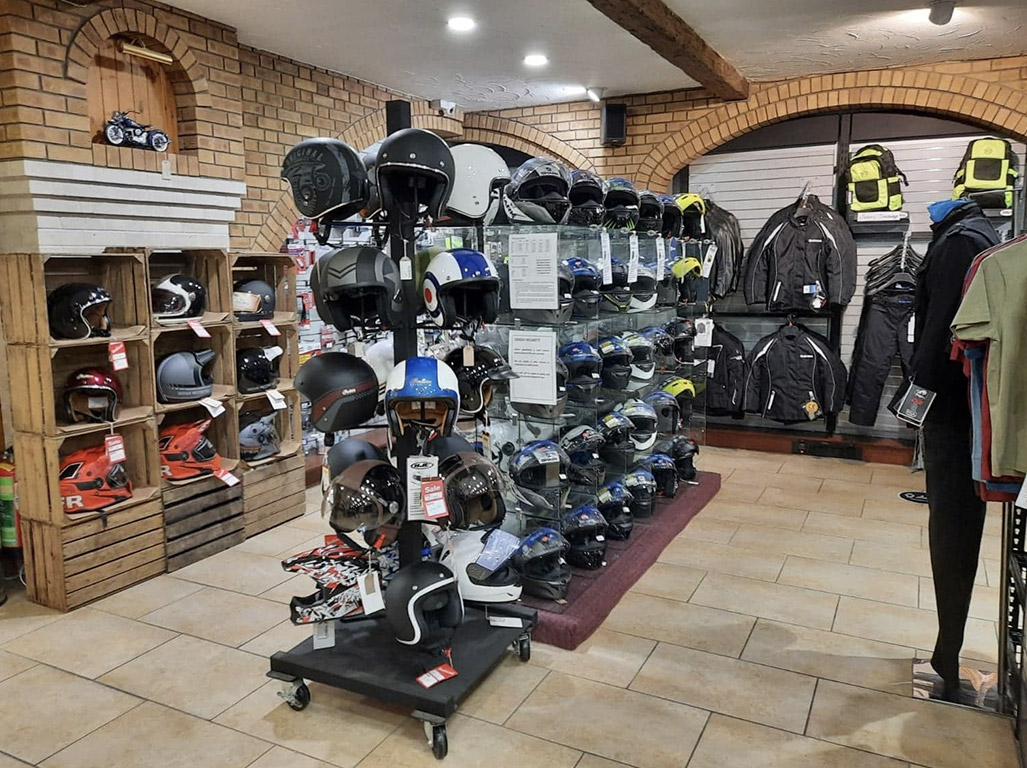 After a couple of years, we had to expand again into the area behind the original showroom to create our Harley-Davidson Designer store. We also raised the roof on part of the building to give more room for the Suzuki spares and allowed the creation of a new separate showroom for the Suzuki franchise.

In 2009 we were given the opportunity to purchase Spares Direct, a London based company that specialised in older Suzuki Spare parts and incorporated their large parts inventory into our already extensive stocks.

In 2010 the company's business strategy changed and we parted ways with Harley-Davidson. This has now opened the door for some exciting new brands including Indian Motorcycle and Aprilia.

Piaggio, Vespa, Gilera and Moto Guzzi were added to our ever-growing showroom in 2011, offering everything from a 50cc Scooter to a Full-Blown 1800cc Tourer. Stewart still keeps his hand in but now leaves the day to day running of the business to Michael (Stewart's Son) and Michelle (Stewart's daughter).

In 2014 the first new Indian Motorcycle arrived in our showroom.